I had practically no interest in horses or riding as a kid. The only girls who I knew that did it were mean, I’d heard the local riding school wasn’t nice to its horses and my parents have an inverse snobbery towards those who ride. So no, it held absolutely no appeal.

However, if you fast forward a few decades, all my (very non-horsey) friends probably think I am a horse. Certainly once a week I smell like one and can be found at the stables. I started riding about three and a half years ago and I’ve never been so keen on a hobby since my teenage days as a Kuk Sool Won student (Kuk Sool Won being a martial art rather than something to do with cooking, I am NEVER enthusiastic about cooking, eating on the other hand…).

That time has been spent at a few different riding schools with the occasional riding holiday thrown in and it’s been an up and down experience. There’s been some amazing highs, but there have also been some ridiculous lows, when you just leave the stables on the verge of tears and vow never to spend another penny on a horse or instructor again.

So in the interest of at least leaving this article on more of a high than I did today’s riding lesson, let me  end on the jubilations and start with the common trials of an adult rider…

“Misgiving shimmered constantly at the edge of my mind. I was too old, I’d started too late. I simply hadn’t the muscle power for what I was trying to achieve, at a rate of one lesson a week. I kept thinking of poor, mad Zelda Fitzgerald and her loopy attempts to train as a ballet dancer, years after it was too late to begin. In any case, if I did eventually master the basics (as presumably I should at some point, even given my snail’s rate of progress) what then? What did I think I was learning to ride for? I was too restless to be content with ambling about the toll rides, however pretty, on the back of a borrowed horse, and not good enough to do anything else. The combination of an excess of temperament with limited ability was a tricky one. I’d had trouble with it before and knew how it could leak a faint, sour taint of disappointment into the whole of life. Perhaps I should give up, before that started again.”

That “sour taint of disappointment” has not yet overpowered the various jubilations that do happen in the horsey life, though. 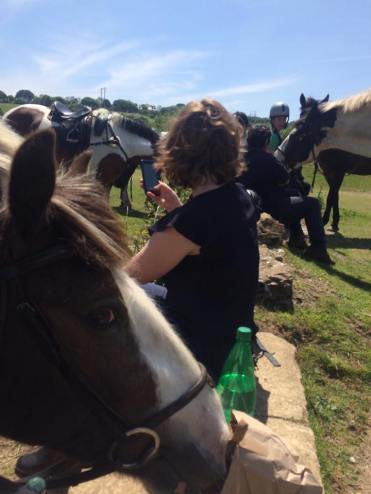 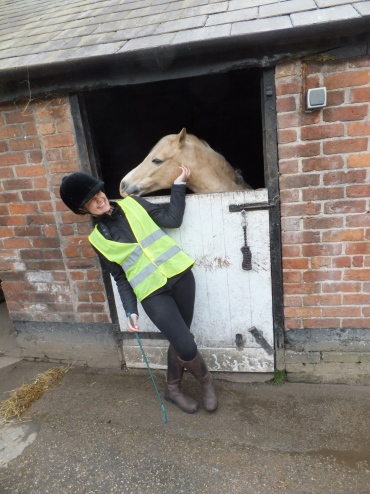